The school research lead and telling, selling and co-creating

Both school leadership and evidence-based practice are fundamentally about the same thing - decision-making.  Now regardless of what decision is made, the decision-making process will add (or subtract) to what Hargreaves and Fullan (2012) describe as the school's decisional-capital

…. the capital that professionals acquire and accumulate through structured and unstructured experience, practice and reflection – capital that enables them to make wise judgments in circumstances where there is no fixed rule or incontrovertible evidence to guide them.  Decisional capital is enhanced by drawing on the insights and experiences of colleagues in forming judgements over many occasions.  In other words, in teaching and other professions social capital is actually an integral part of decisional capital, as well as an addition to it.  (p93)


The continuum of these various strategies is illustrated in Figure 1 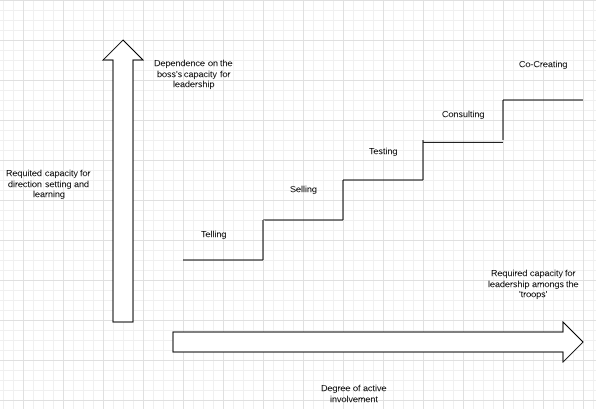 This continuum of engagement should help those colleagues who are leading the decision-making process, to really think through how they want their colleagues to engage in the process.  One of the most misused words in the management lexicon is consultation, which is often used to mean so many different things – be it the testing of ideas, genuine consultation where opinions are being sort or on other occasions if can be conflated with collaboration and co-creation.  By using the typology of engagement in decision-making, it should help decision-leaders to be explicit about the decision-making process, and also allow colleagues to participating in the process to be clear about their expectations about their involvement in the decision-making process.  If expectations are aligned this is likely to lead to an increase in the stock of decisional capital, rather than a decrease

Furthermore, in the context of evidence-based school leadership only ‘consulting’ and ‘co-creating’ strategies would appear to consistent with original meaning of evidence-based medicine.    If we briefly revisit the work of (Sackett et al., 1996) we will find an emphasis on shared decision-making – which prioritises the role of patient’ rights, preferences, values and predicaments when making decisions about the patient’s care.    As such, an approach to school-leadership and management which is based upon evidence-based practice, requires school leaders to actively engage with the holders of professional expertise and the views and preferences of stakeholders.   Authentic evidence-based school leadership is not consistent with a general approach to decision-making which involves school leaders telling or selling colleagues both the evidence and the solution.

So with this mind, an interesting way thinking about how to improve decision-making and increase decisional capital, is to pose yourself the question: who needs to be involved in the process of making a decision is made? (Brown, 2015) provides some useful guidance in suggesting that middle leaders who are interested in evidence-based practice, research champions and colleagues who have the right skills skills to support the use of evidence should be involved in the process. In addition, depending upon the nature of the problem or solution being discussed, you may decide it is necessary to engage support from outside of the school. 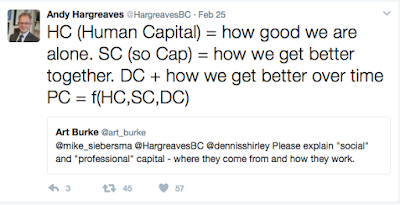